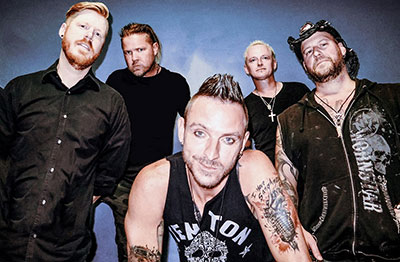 Saving Abel was formed in 2004 and features a Southern Rockin Tennessippi sound. Performing almost 300 dates a year in a variety of locations all over the country from the Machine Shop to Whiskey A GoGo and all size venues from intimate acoustic bars to festival arenas.

They are a perennial fan favorite as down to earth, approachable guys who support autism awareness and our military veterans. They’ve traveled to Kuwait, Afghanistan and Guantanamo Bay as part of USO tours and played festivals such as Rocklahoma, Rock on the Range, Sturgis Throttle Fest, EarthDayBirthDay and Daytona Bike Week. Saving Abel has appeared on the Yahoo Live Concert series twice in the last year.

In addition to headlining their own shows, they’ve appeared with countless other rock acts including ThreeDoorsDown, Buckcherry, Shinedown, Nickleback, AvengeSevenfold, Papa Roach, Seether, Hinder and Brett Michaels to name a few.

Some of their most popular songs during performances are Addicted, The Sex is Good, Bringing Down the Giant and Miss America. 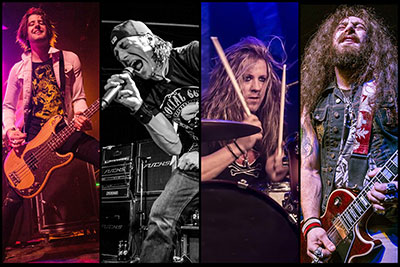 Louisville-based post grunge rock group Tantric have defined themselves through 6 studio albums as a groove laden, guitar rich rock band with dense vocal harmonies and infectious vocal melodies. Frontman Hugo Ferreira’s unique soulful baritone vocals, ranging from angsty rasps to melodious melancholy are a testament for the signature Tantric sound. Along with the usual intricate guitar work and infectious riffs layered over complex textures has become the hallmark of the Tantric sound. Tantric has endured for a career of 15 years, and although band has gone through many label and lineup changes over the years, Ferreira has managed to keep the entity that is Tantric alive and well. “I consider Tantric a boat that I float in—it’s a vessel that carries the music. So I never feel restrictions. It doesn’t have any rules. Tantric music can be super-heavy, light–or both It’s really an open book with no ending in sight”, says Ferreira.