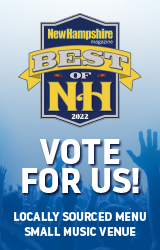 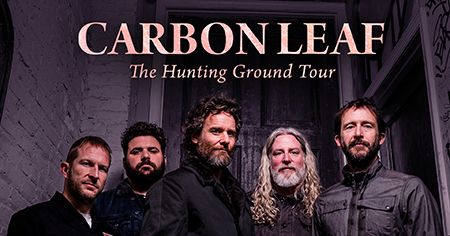 “The Gathering series is all about building community,” says Carbon Leaf frontman Barry Privett. “It’s an invitation to reach out and embrace the gifts of human connection.”

That’s no mean feat given the deep divisions that have defined the past few years of American life, but Carbon Leaf has always punched above their weight, defying the odds at every turn and redefining what’s possible for a modern indie band in the process. The group’s extraordinary new mini-album, Gathering 2: The Hunting Ground, is no exception. Recorded at the band’s own studio in Richmond, VA, the collection marks the second installment of the four-part Gathering series, which finds the long-running quintet stripping their sound back to its organic, acoustic core as they grapple with grief and loss, anger and pain, unity and independence.

Founded in 1992, Carbon Leaf, built a devoted cult following with their first three albums, but it was 2001’s Echo Echo that truly brought the band to national attention, with lead single “The Boxer” earning them a performance in front of millions at the American Music Awards. After years of grinding it out on the road (both as headliners and as guests on bills alongside the likes of Dave Matthews Band, O.A.R., and Guster), the band signed with Vanguard in 2004 for Indian Summer, which yielded a Top 5 hit at AAA radio and garnered rave reviews. While the group would release two more albums with Vanguard, it soon became obvious that independence was an integral part of their DNA, and they returned to their DIY roots in 2010. Acting as their own label, distributor, and manager, the band cut new versions of all three Vanguard albums, launched their own festival, and began releasing a series of direct-to-fan concert films, livestreams, and studio records.